The much anticipated part 2 of Most Feared is finally upon us. A new offensive master 93ovr Peyton “The Sheriff” Manning makes his way back into Madden after being left out for several years. There are also three new heroes ( 92ovr Ndamukong Suh, 92ovr Travis Frederick & 92ovr Denzel Ward). You can get Manning by completing the Master set or buying the card from the auction house with coins. The master set can be completed by putting all three heroes into it. After completion, you will receive back Peyton Manning’s power up, 93ovr Peyton Manning and the three heroes which which will be NAT. 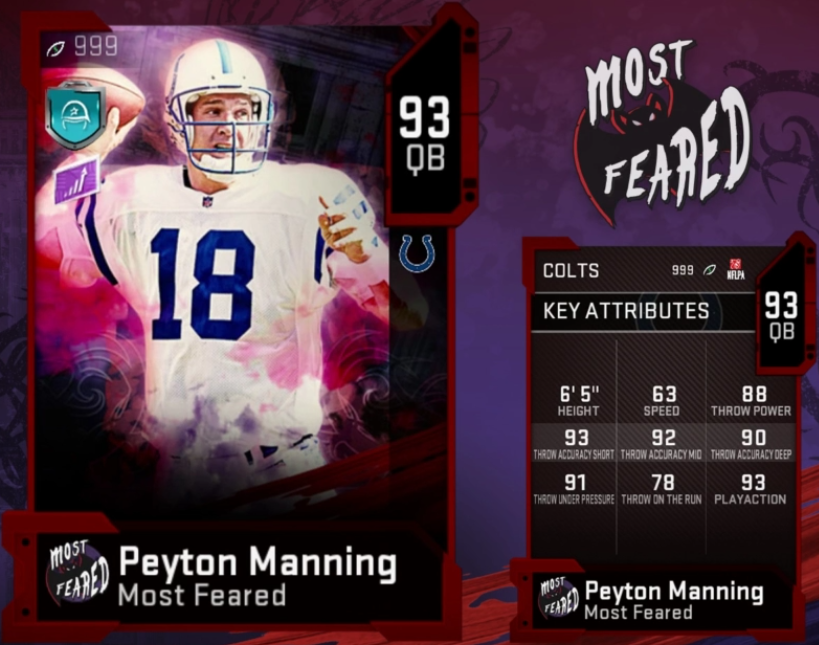 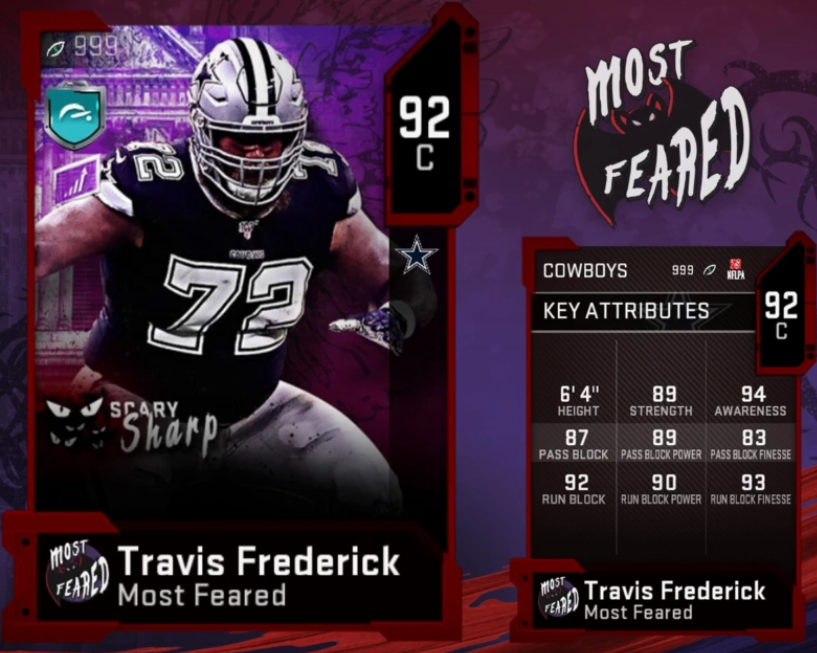 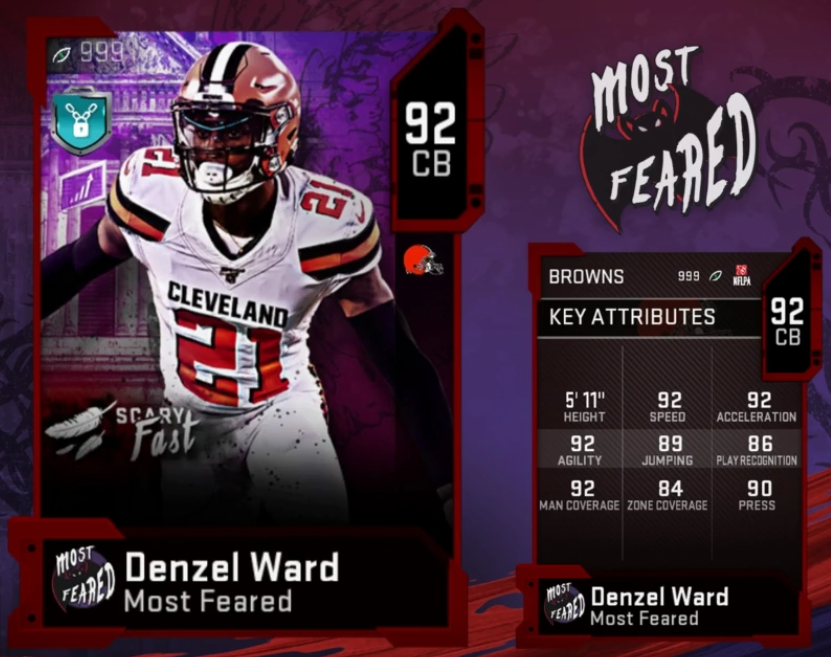 With part 2 we get new challenges. By completing these Ultimate challenges, you will be able to earn 1 of 4 NAT 90ovr cards which are ( 90ovr Keanu Neal, 90ovr A.J. Green, 90ovr Tarik Cohen & 90ovr Za’Darius Smith). 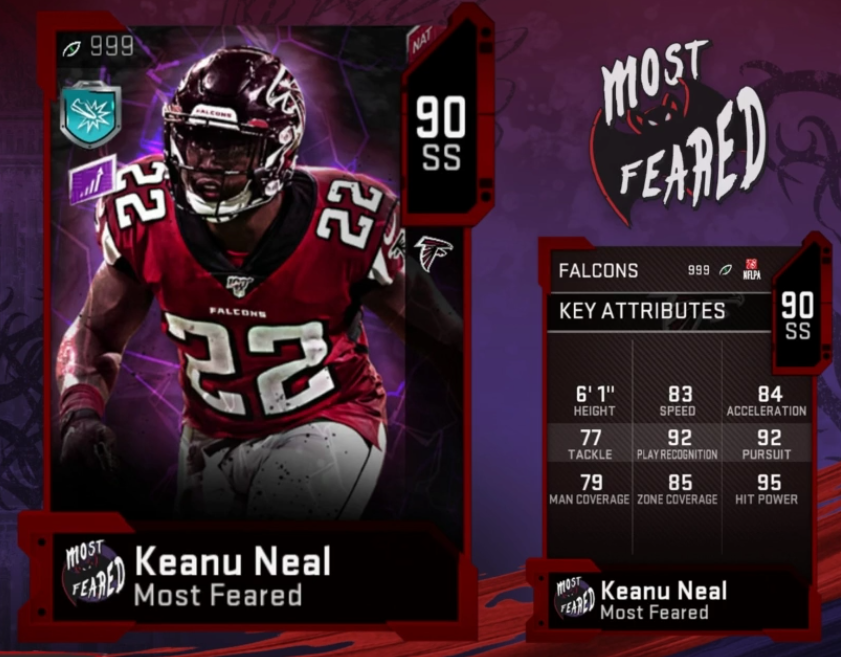 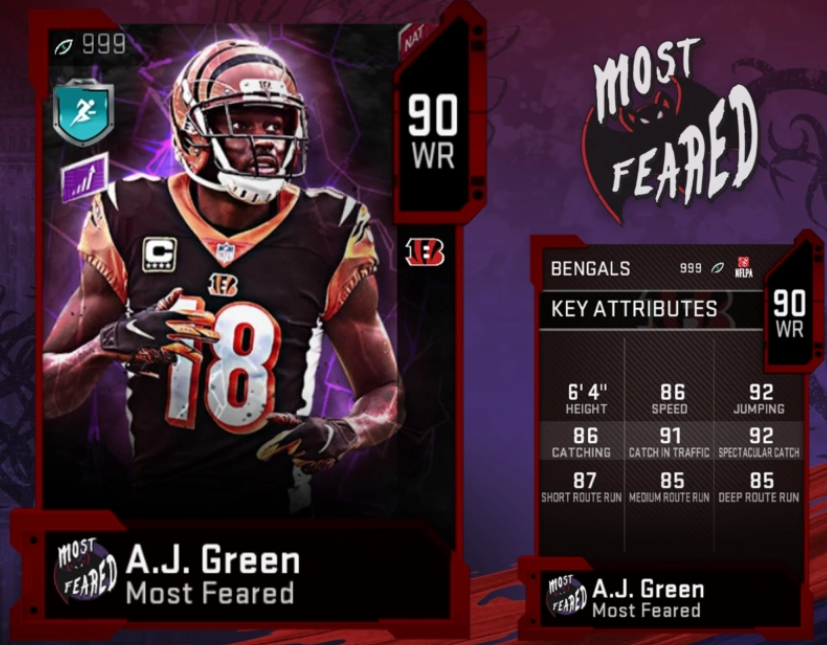 There will also be new House Rules in the game that will last for seven days and earn you a choice of one of the three heroes when you complete all of the House Rules objectives. There was only one limited time card in the first part of this program so keep your eyes open because there should be several surprises that drop in MUT over this coming week....! 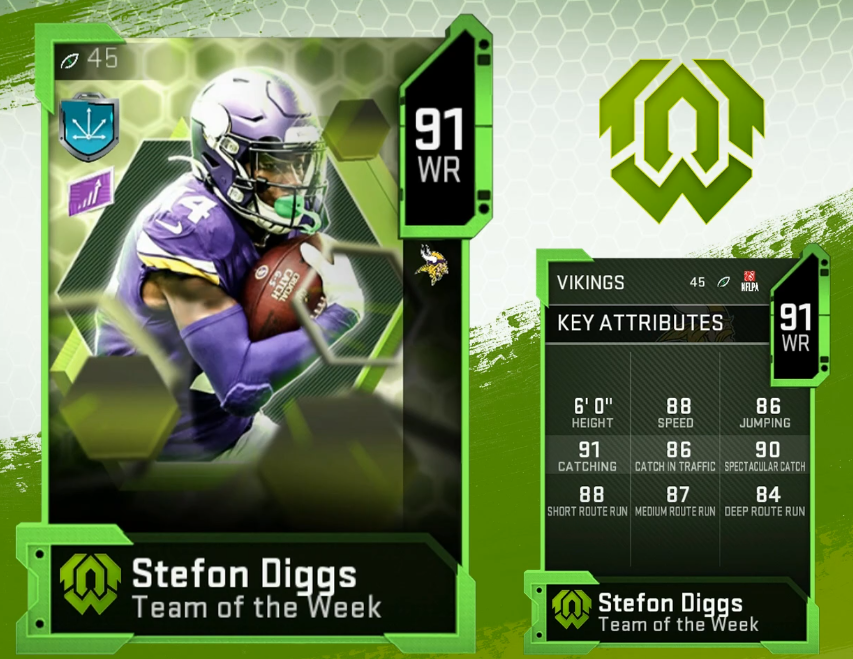 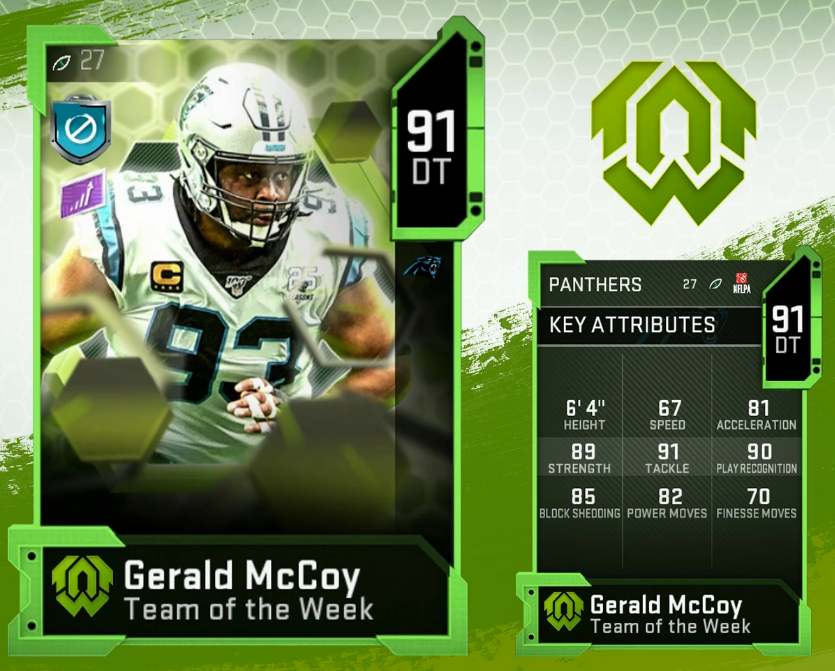 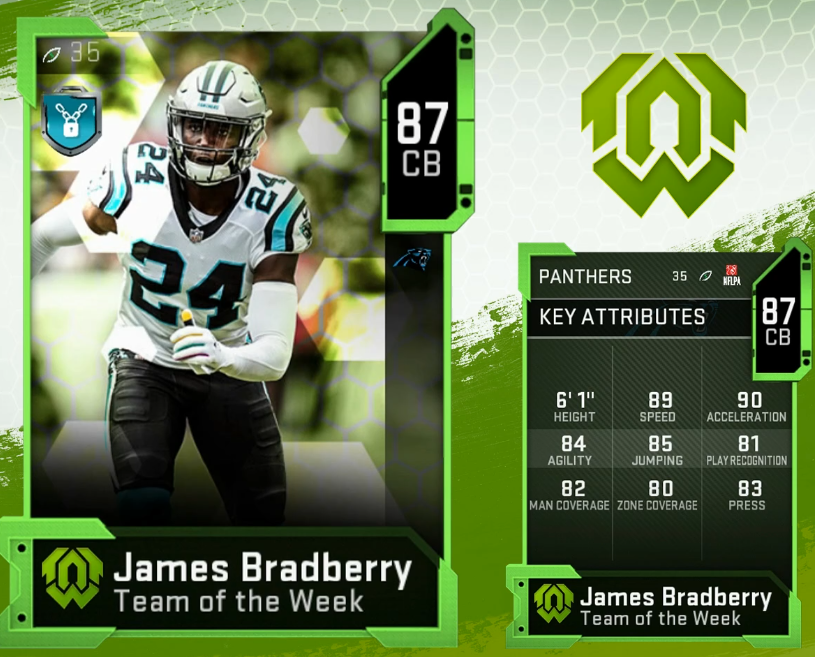 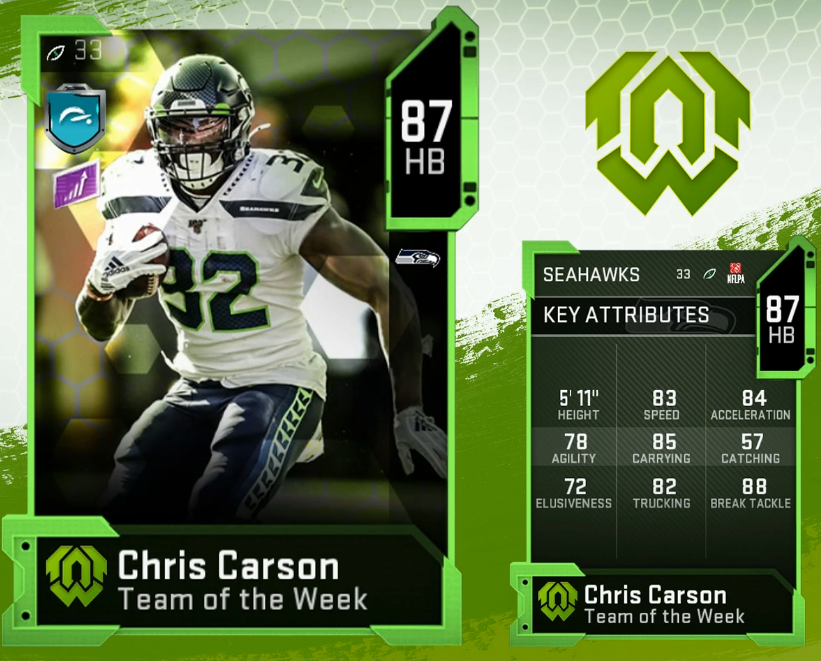 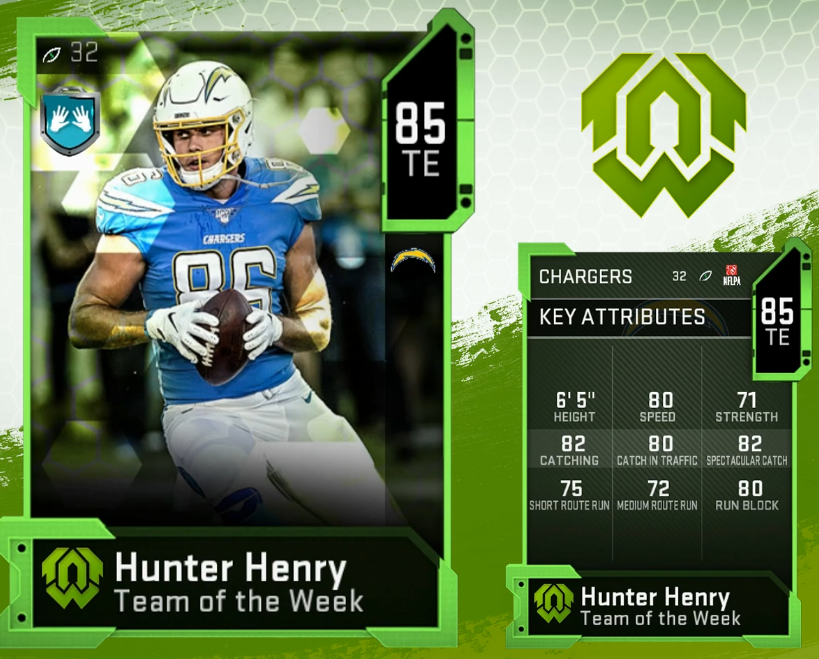 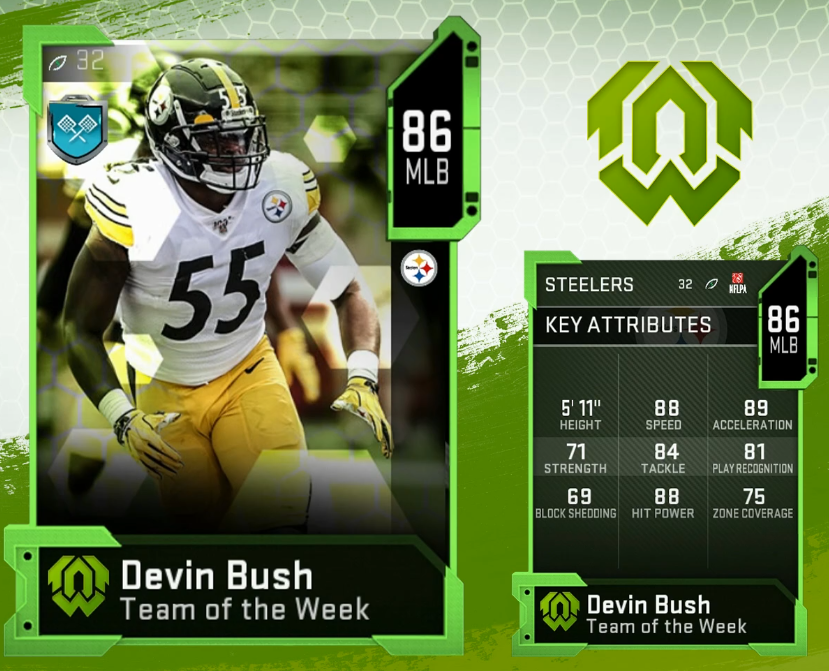 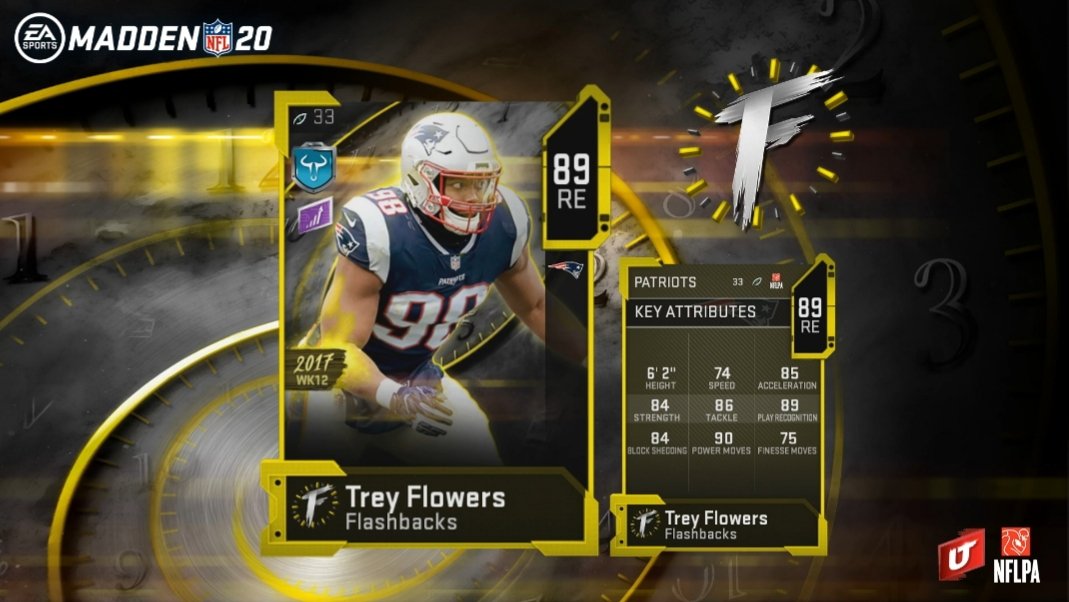 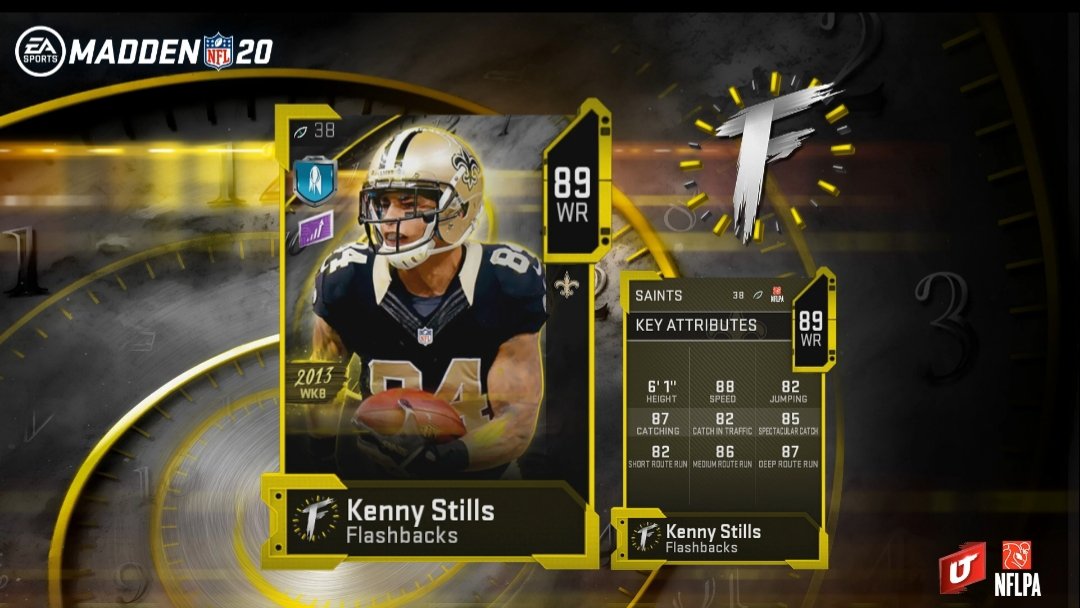 The NFL Schedule has been flying, we're into week 6 already! EA have unveiled another TOTW today. The new TOTW 5 bring top cards for the Texan's Deshaun Watson and Packers Aaron Jones.

Coming in hot for Madden 20 Team of the Week 5 is quarterback Deshaun Watson. The former TOTW preseason selection had a brilliant performance in his team’s 53-32 victory over the Atlanta Falcons. Watson threw 28-of-33 passes for a whopping 426 yards and five touchdowns. He wasn’t picked off or intercepted either.

This week's quarterback is none other than Deshaun Watson. He was previously on the the TOTW Preseason too, and was awarded this week with a TOTW card after his awesome performance against the Falcons. Wtson three 28 our of 33 passes, for a huge 426 yards and five touchdowns. For his performance he's been handed the top card in this week's TOTW. 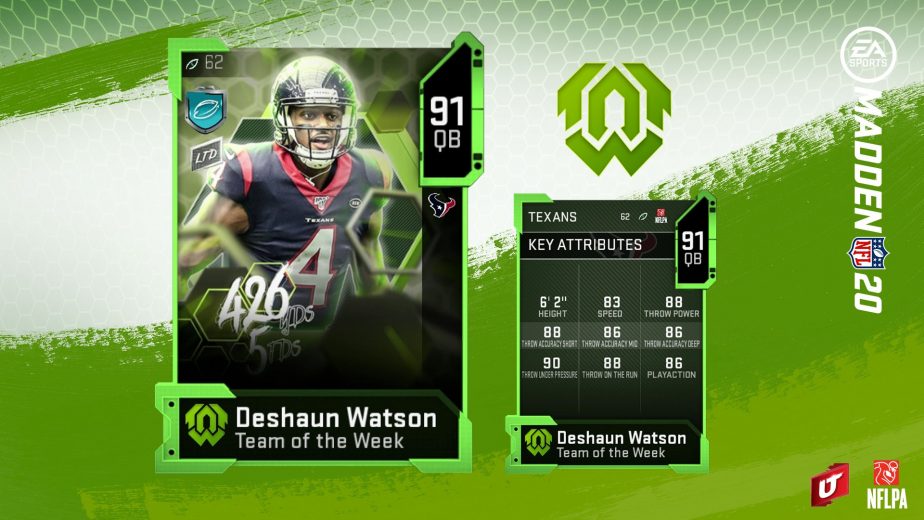 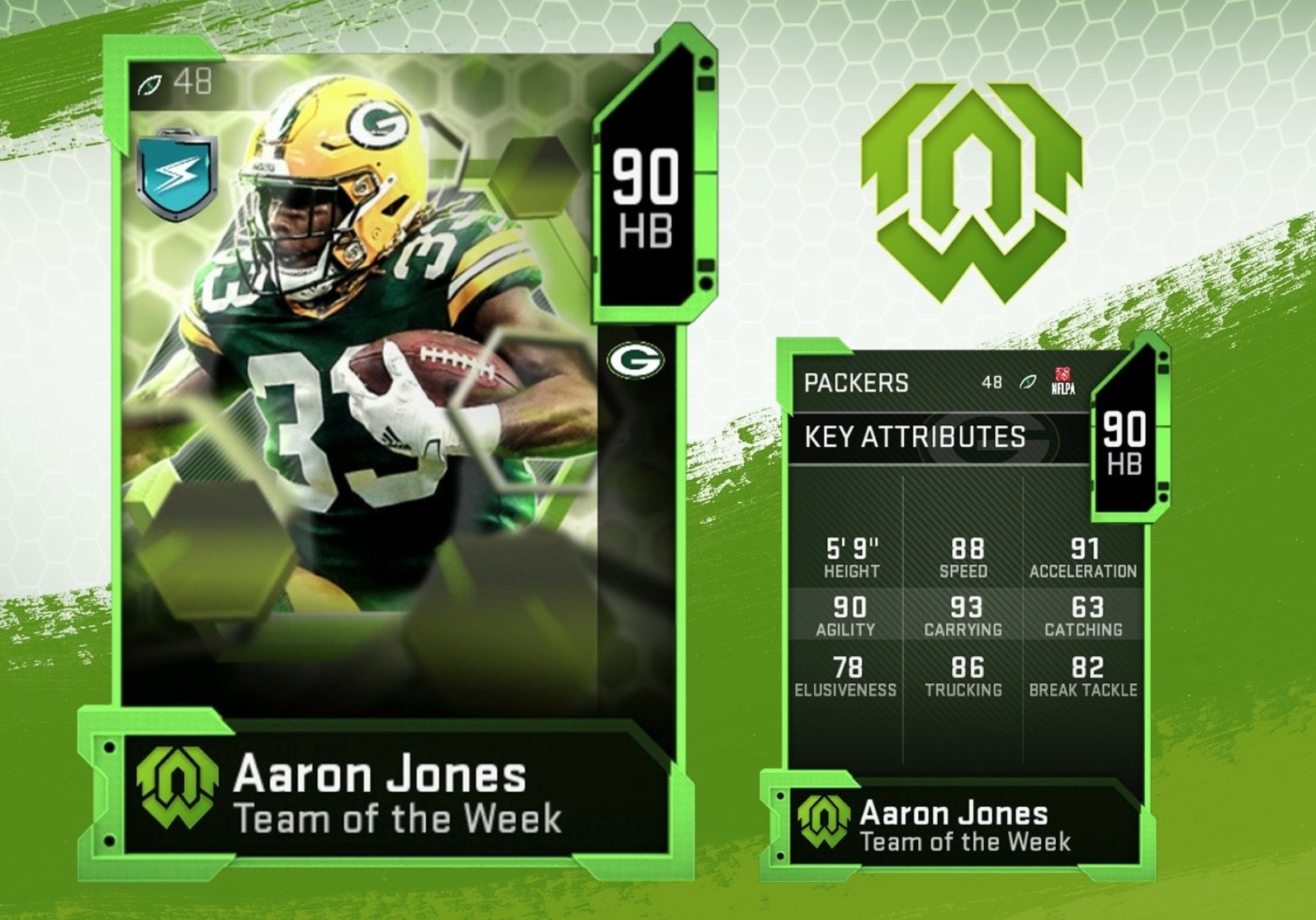 Graham led the defensive performance for Philly that helped them win 31-6 over the Jets. He finished with three sacks, four solo tackles, and six total tackles. Both he and Jones get a new 90 OVR Heroes card for their Week 5 performances. 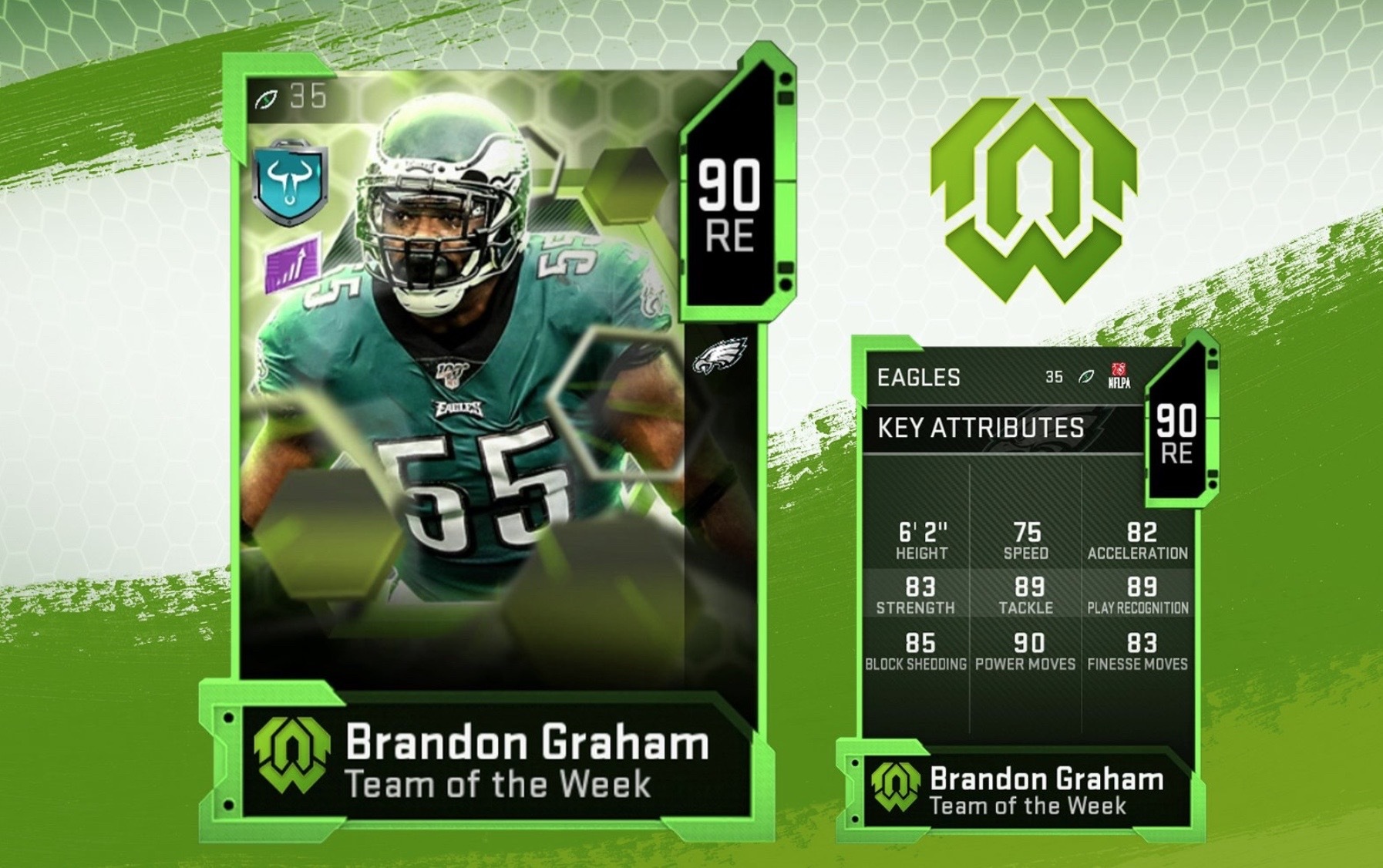 The new Madden 20 Team of the Week 5 players are like similar editions with players rated as low as 76 overall up to 91 as shown above. Here’s a look at players in the 76 to 86 OVR ratings category. They include several New Orleans Saints players including backup quarterback Teddy Bridgewater. Jacksonville Jaguars rookie backup QB Gardner Minshew also made the TOTW 5 with a new 77 OVR item. 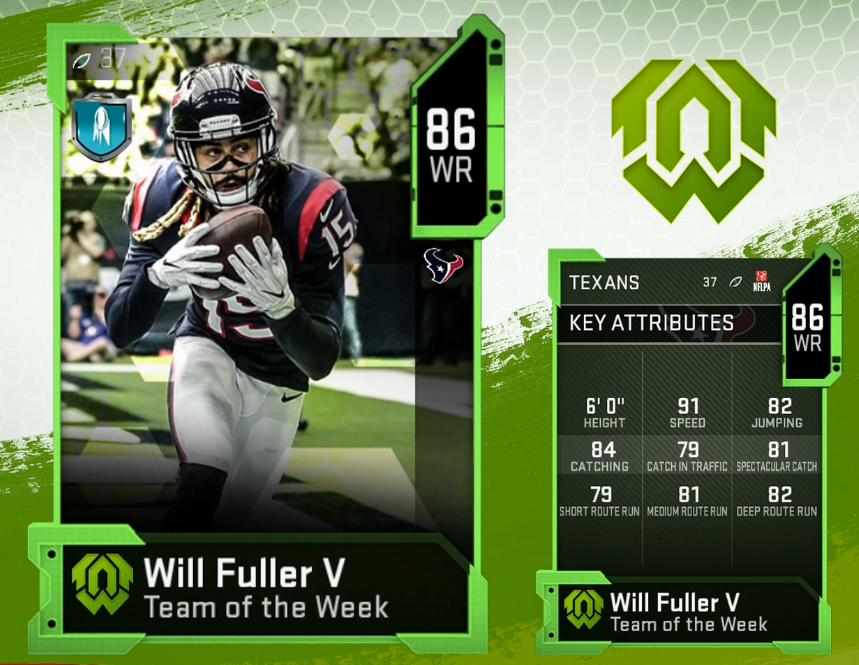 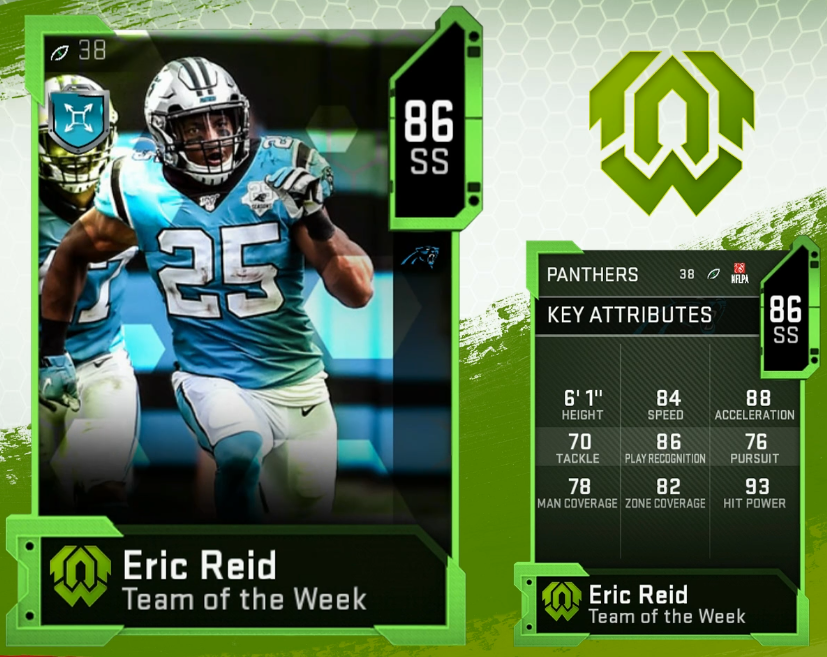 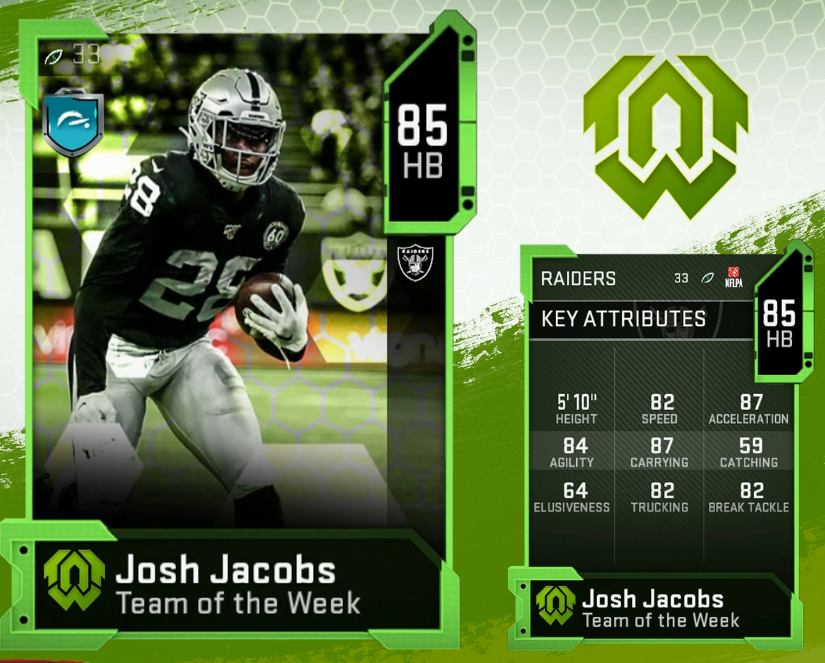 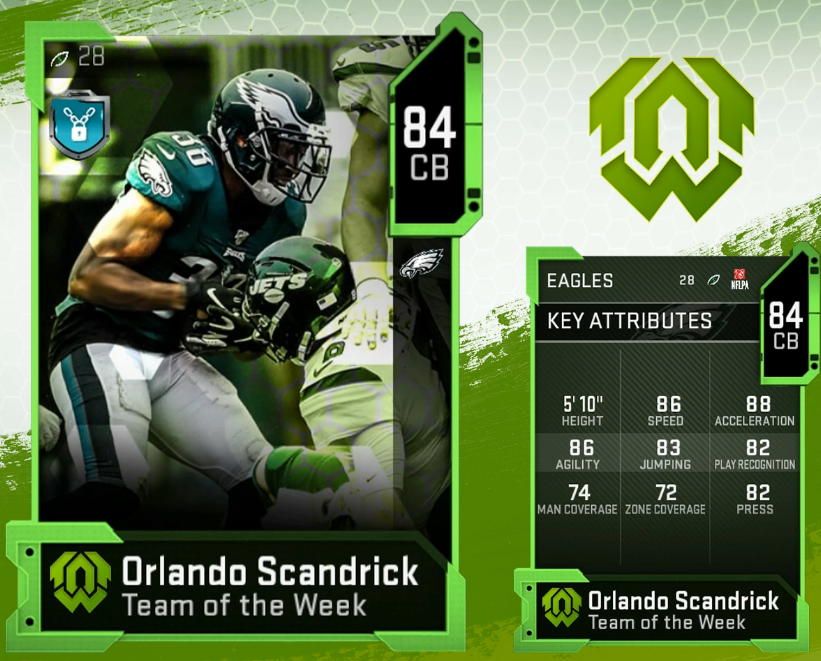